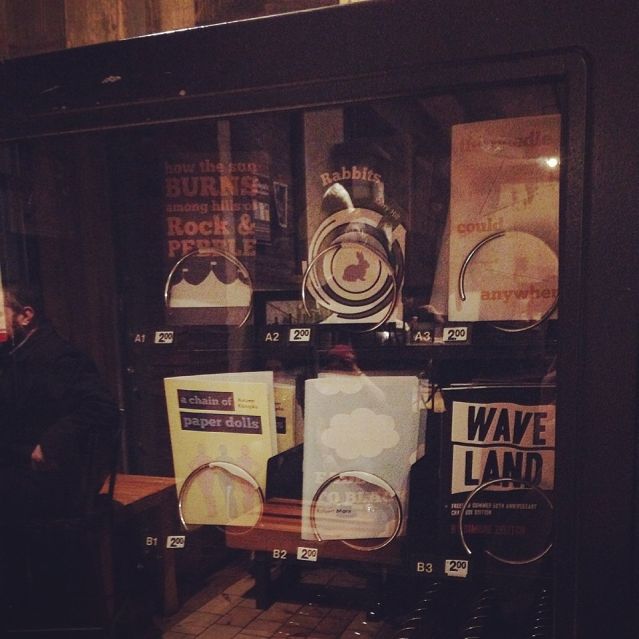 Maybe you thought the only thing you could get out of a vending machine was stale prewrapped cake, a bag of Frito-Lays and a feeling of regret. Try a book instead.

The New Yorker just featured a story on “the world’s first short-story vending machines” in France, but in Philly we’ve had them for years. Nic Esposito and Philadelphia nonprofit book publisher The Head & The Hand launched the literature vending machines in 2014 at Elixr Coffee in Rittenhouse Square with rotations around the city, and they’re back March 17.

Writer View all posts by ginatomaine